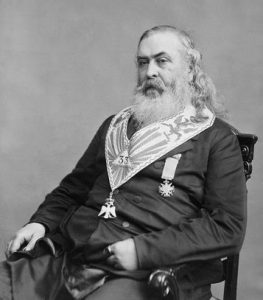 The history of Scottish Rite Freemasonry in the Orient of Arkansas is exceptionally unique and illustrious due to the prominent role which Ill. Albert Pike, 33°, Sovereign Grand Commander of the Supreme Council, assumed in the historical evolution of the Scottish Rite in Arkansas

Brother Pike established the Rite in Arkansas starting in the spring of 1857. In the years before the Civil War, Scottish Rite Masonry in Arkansas flourished. However, the war precipitated such distress and personal disruption that the Rite ceased to function as a living organization.

After the Civil War, several attempts were made to revive the bodies of the Rite, but owing to two fires which destroyed their property, and with the occurrence of the depression in the 1870s and 1880s, the brethren became discouraged and the charters were surrendered.

From 1891 to 1896 meetings were held in the Masonic Temple, Fifth and Main Streets, Little Rock, and then moved to the Jewish synagogue at 311 Center Street, until the Albert Pike Consistory, at Eighth and Scott Streets, was built in 1902. This building has been enlarged and remodeled several times and is now known as the Albert Pike Memorial Temple, covering an entire block from Seventh to Eighth Streets.

In 1925, the Western Arkansas Scottish Rite Bodies were chartered in Fort Smith. The Valley of Fayetteville was created in 2013, where these bodies meet today. 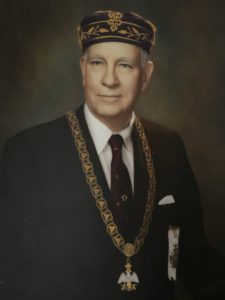 In February 1974, Ill. William Nash, 33°, S.G.I.G. in Arkansas announced his interest in establishing a set of Scottish Rite Bodies in the eastern portion of Arkansas. He explained that the Valleys at Little Rock and Fort Smith were very strong, but the travelling distance for members in eastern Arkansas was too great for them to be active in either one. Thus, it was difficult for Little Rock to recruit and enlarge membership from eastern Arkansas.

The “Letters Temporary”, forming the Eastern Arkansas Scottish Rite Bodies were signed on June 17, 1974 by 29 brothers from the Valley of Little Rock. It was decided that the Valley would be located in West Memphis. On July 22, 1974, the first public session of all four Eastern Arkansas Scottish Rite Bodies was called into labor at the Eugene Woods Civic Center in West Memphis for the purpose of installing the first officers. After the ceremony, members repaired to the West Memphis Masonic Temple, located at 307 North Missouri St, for their first official business meeting with 52 members present. The first reunion was held on July 19, 1975 in the Civic Center with 114 candidates. By October 1975, when the permanent charters were issued for the Eastern Arkansas Scottish Rite Bodies, there were 853 members.

In 1982, the William Nash Scottish Rite Temple was completed on 650 South Service Rd in West Memphis. This continued to be the home of the Bodies until 2006, when they moved to the newly created Valley of Jonesboro.